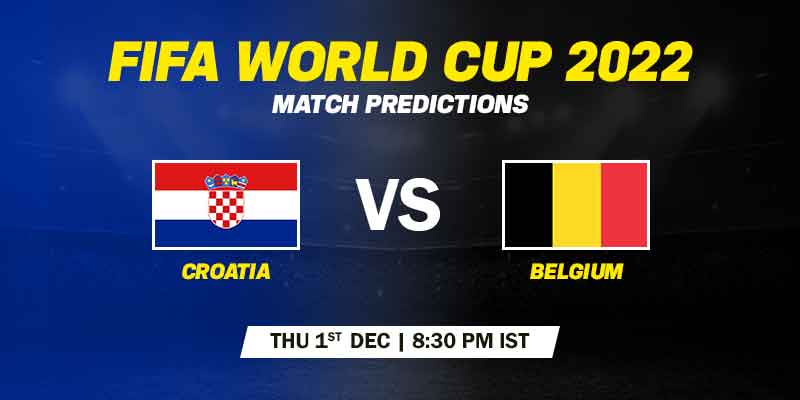 Even if there is a clear favourite, the World Cup group that includes Belgium, Canada, Croatia, and Morocco has the potential to produce any number of knockout round participants. Even though Roberto Martinez's Belgium struggled to defeat electrifying Canada in their opening match and fell to Morocco in their second group stage match, they are still expected to win Group F and advance to the World Cup 2022.

However, it won't be an easy affair. They are up against Croatia in the final FIFA World Cup 2022 group match. Less motivation was generated for Croatia in their eagerly awaited match against Tunisia, as the World Cup champions were unable to break the tie. Tables have turned in favour of Croatia now after their impressive win over Belgium.

Canada scored their first World Cup goal against Croatia at the Khalifa International Stadium in the second minute. Alphonso Davies scored the tournament's quickest goal with a header. Kramaric and Livaja scored goals for Croatia to complete the comeback. The runner-up from 2018 led 2-1 at the break.

Zlatko Dalic, who has stuck with his 4-3-3 system throughout the qualifiers, is anticipated to make little adjustments. The only areas that might alter are upfront since the defence and midfield are likely to stay the same.

The superstars of the Red Devils (Kevin De Bruyne, Youri Tielemans, Yannick Carrasco, and Romelu Lukaku) will be once again heavily relied upon to score, while Thibaut Courtois of Real Madrid will continue to play between the pipes.

BetIndia's prediction for Croatia vs Belgium is a cagey and tight affair, with a 1-2 win in favor of Belgium. They will be under pressure to produce and their might finally see them over the line against Croatia.

Our experts think Croatia vs Belgium will be a cagey and tight affair, with a 1-2 win in favor of the Red Devils. You can find the latest odds after a quick registration with bet365.

Place your bets on b365et