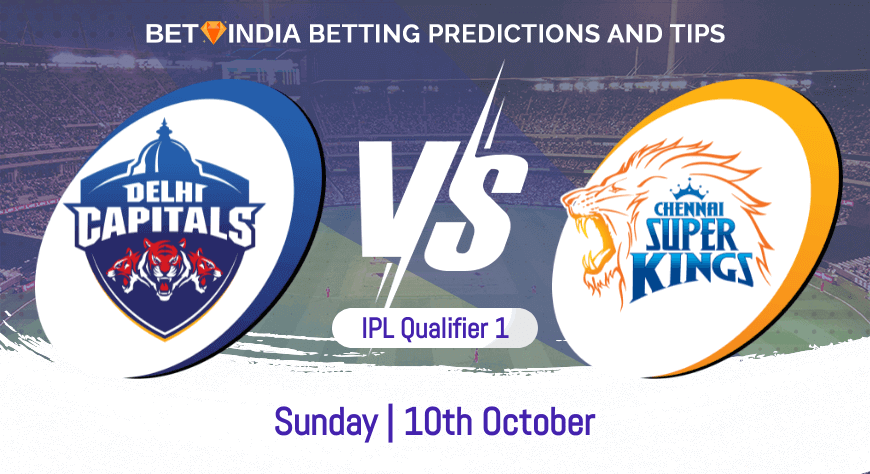 After a group stage that went down to the final couple of games to decide who would qualify for the playoffs, the final four for IPL 2021 are the Delhi Capitals, Chennai Super Kings, Royal Challengers Bangalore, and Kolkata Knight Riders.

Now, to begin the playoffs, the first qualifier of IPL 2021 will be ‘Delhi Capitals vs Chennai Super Kings'.

In what is bound to be an exciting clash, we have the teams that finished first and second in the group stage squaring off against each other. The winner will book their spot in Friday's final, while the loser will take on the winner of the eliminator between the Royal Challengers and Knight Riders in Qualifier 2.

The Delhi Capitals enter the playoffs as the overall group stage winners. Finishing on a total of 20 points, the Capitals won ten of their fourteen group stage games, with two of the four defeats they experienced happening in their last four games.

The Capitals will be looking to go one step further than in last year's competition, where they were beaten finalists, losing to the Mumbai Indians by five wickets. Wherever you look, the Capitals are a side loaded with talent. Batsmen Shikhar Dhawan and Prithvi Shaw both finished in the top ten overall run-scorers in the group stage, and bowler Avesh Khan took the second most wickets.

In captain Rishabh Pant, they possess a player who has the ability to turn a match on its head in just a few overs, and South African pacer Kagiso Rabada can blow through any batting lineup.

The Capitals will feel like their time is now, and they surely have the squad to win this year's competition. They are the bookies' favourites to win the entire competition at 2.70. They will head into this match full of confidence as they have won the last four contests between these two sides.

This season, the Chennai Super Kings were the first to qualify for the playoffs, thanks to a run where they won nine out of ten group phase matches. After securing qualification, though, things have taken a bit of a downward turn with the Super Kings losing their last three matches, which includes a recent loss to the Delhi Capitals.

Just like the Capitals, the Super Kings have an abundance of talent in their lineup. South African batsman Faf du Plessis has scored the second-most runs in this year's tournament, averaging 45 runs across the group stage. Ravi Jadeja boasts the best average of the tournament, averaging 75 across the 11 innings he has completed. With the ball, Shardul Thakur has taken 18 wickets, which ranks him 6th overall.

They have a wealth of experience as well, with West Indian all-rounder Dwayne Bravo and Indian icon MS Dhoni both continuing to defy Father Time by playing some excellent cricket.

The match is due to be held at the Dubai International Stadium, and this is where the final will also be played, so it's a significant opportunity for both teams to get a feel for the pitch and stadium conditions. With the weather set to be perfect, everything should be set up for a great game.

The pitch is a slow and sticky one which can make batting difficult. Traditionally, a score of 160+ plus is a great total, but the average score for IPL games held at the venue across the group stage was 144.

Betting Predictions for DC vs CSK

As you would imagine, for a match of this magnitude, the betting between these two world-class sides is very tight, with the oddsmakers not being able to find a favourite between them. Both sides can be backed at 1.90 for victory.

Both teams heading into the match not in the best of form, Delhi have only won two of their last four while Chennai only one of their last four, makes it an even harder match to predict. Both teams at certain points have played truly excellent cricket, and on their day, can be exceptionally hard to beat.

In what is a coin flip of a match, one stat you can't ignore is the run that the Capitals are on when they face the Super Kings. Winning their last four matches against the Kings has to give the Capitals a lot of confidence and gives them a slight edge in the knowledge that they can beat this Chennai side.

We will back the Capitals to get a fifth successive win over the Super Kings and book themselves a place in the final. It wouldn't be a surprise if both of these teams were lining up to face each other in the final in just under a week's time.

Either team to win the toss can be backed at 1.91. On a pitch that could be tricky to bat on, the side that bats the best will win. Look for the team that wins the toss to bowl first; the stats indicate that the team which bats second has a slightly better chance of winning.

Place a bet on Betway and get a 100% welcome bonus of up to Rs. 2,500 if you bet on toss outcome in Delhi Capitals vs Chennai Super Kings 1st Qualifier IPL 2021

Even if a side loses this game, they will still be in with a chance of qualifying for the final, but the incentive of progressing straight to the final with almost a week of rest has to be huge. The Capitals have done well to bounce back from the disappointment of losing in last year's final and will be doing all they can to go one step better this time around.

One man that could help them reach a second successive final is the captain Rishabh Pant. Pant has threatened on a few occasions to explode as only he can, but it could be here that he finally does. Pant lives for the big occasion, and he will want nothing more than to lead his side into another final. At odds of 4.50, he could represent some terrific value.

Place a bet on 1xbet by registering with the code 1BETINDIA1 and get a 130% bonus of up to Rs. 13,000 if you bet on Rishabh Pant to be the Capitals' top batsman in Delhi Capitals vs Chennai Super Kings 1st Qualifier IPL 2021.