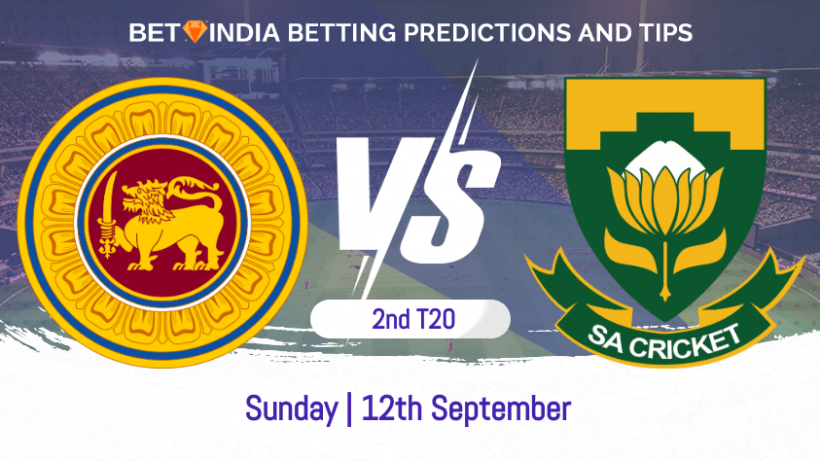 Sri Lanka’s tough year in T20 cricket continued as they fell to a 38 run defeat in the first T20 contest against South Africa. This loss means they have won only three of the ten T20 matches they have played this year. There were some glimmers of hope, with Dinesh Chandimal top-scoring for the hosts with his best T20 score of 66. Wanindu Hasaranga also showed what magic he could weave with the ball by claiming the wickets of both openers. More of the same will be needed if they are to claim victory in match 2 of the series.

Considered as one of the dark horses for the upcoming T20 World Cup, South Africa were looking to recover from their shock ODI series defeat, and they got off to the perfect start by claiming victory in match 1. Boosted by the return of the likes of Quinton de Kock and David Miller, South Africa posted a challenging total of 166, which Sri Lanka couldn’t get near. South Africa will be doing all they can to wrap up the series with a victory here.

The weather for Sunday's game looks mixed. Despite it being hot, there is the threat of storms and rain that could bring some potential delays to the game. In match 1, the pitch offered plenty for both the spinners and seamers, and both sides will be looking for much of the same for this game.

Fresh off the back of winning match 1, it isn’t a surprise to see that South Africa are favoured to win match 2 and can be backed at odds of 1.62. Playing in home conditions and having already proved that they have the talent to beat South Africa, Sri Lanka priced at 2.3 can’t be dismissed either. However, you can’t help but be put off by Sri Lanka’s poor T20 record, and we think that despite the match being close, they will end up on the losing side once again.

Team to score the most runs after 6 overs

With power players throughout their batting lineup, it isn’t a surprise to see that South Africa are one of the leading nations when it comes to scoring in the first 6 overs. Sri Lanka, on the other hand, are one of the worst. Conditions will make it harder for the ball to come onto the bat but expect South Africa to come out and try to post a high score in the first six overs.

South Africa to score the most runs after six overs (1.67 from Bet365)

Place a bet on South Africa to score the most runs after six overs in Sri Lanka vs South Africa 2nd T20 2021.

On a pitch that will spin, South Africa might have a bit of an ace up their sleeve in the form of spin bowler Keshav Maharaj. Surprisingly, considering he is a fixture in both the South African Test and ODI sides, Maharaj made his international T20 debut in match 1 of this series, recording figures of 1-19. With that experience now under his belt, Maharaj could kick on at odds of 2.75 to take 2+ wickets, and this could be a good bet.

The game's top batsman to score over 62.5 runs

With conditions set to be slow, if a batter can get set, they should be able to play their way in. Betway is offering odds of 1.83 for the top-scoring batsman on both sides to score over 62.5 runs, and that could be one of the bets of the match.