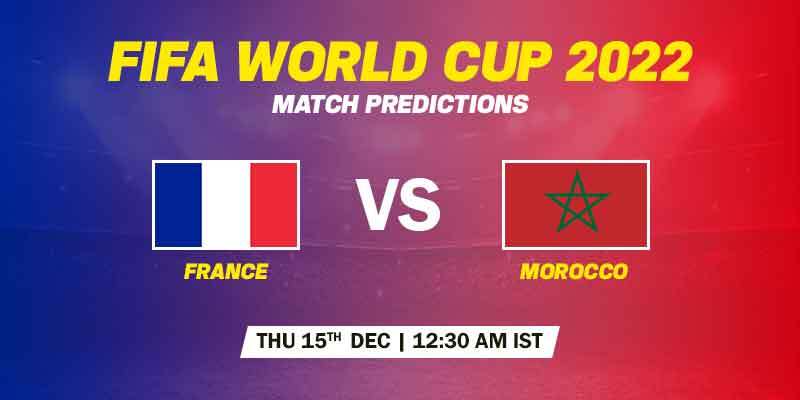 The FIFA World Cup 2022 has reached its last stage where four teams will fight it out to make it to the finals. In the second game of the semi-finals, we will witness France vs Morocco.

The African nation has surprised everyone with its performance in the ongoing tournament. France would like to repeat the history of the 2018 tournament and get to the final game of the world cup. The last team to stand between them and the final spot is Morocco.

France has again proved that they are one of the best teams in the world when it comes to football. Les Bleus are playing exceptionally well and answered their critics in style.

Before the beginning of the tournament, pundits had their doubts about France but now they have become a major contender for the trophy.

The Atlas Lions have stood up to their name as they have stood in the tournament like Lion and have defeated every strong opposition.

Overall the team is high with confidence and they have good morale at this stage. Morocco would have started to believe that they can be one of the teams to be in the final game of the FIFA World Cup 2022.

Les Bleus secured a well-deserved victory against England and Harry Kane’s penalty miss worked in favour of the team. With 2-1 as the scoreline, France is enjoying their presence in the tournament. With an early advantage by Aurelien Tchouameni in the 17th minute, France had a good game and Giroud provided closure to his team.

The only problem France is facing right now is its defence structure. It is rather getting easier for every team to score goals against France.

Morocco has become the first-ever South African nation to qualify for the semi-final stage of the FIFA World Cup. They have turned out to be a surprise package in the ongoing tournament and the team is at a stage where they have already created history. Morocco has a good strategy to pull off the games they have played and is expected to do the same against France as well.

Unlike any other semi-final, France vs Morocco will be a thrilling fixture. Morocco has kept four clean sheets in their five matches in Qatar and France is yet to keep a clean sheet. The game is expected to be a low-scoring affair and will see penalty shootouts. The game might end at a scoreline of 1-1 and in the end, it will depend on the luck of both teams during the penalty shootouts.

Our experts believe that the game will end up at 1-1 and the result will depend on the penalty shootout. For some great odds create an account at 1XBET.