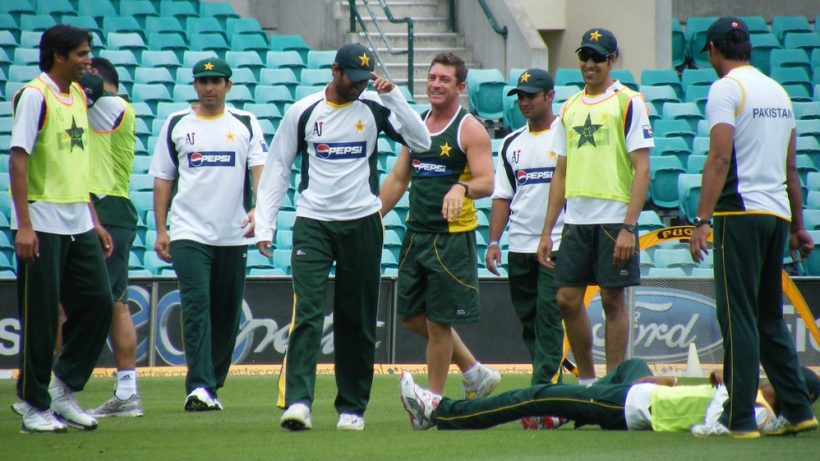 Islamabad United will be looking to continue their winning streak when they face Peshawar Zalmi in the 26th match of PSL at Abu Dhabi.

Islamabad United registered a comprehensive win over Karachi Kings to seal their place in the playoffs of the competition. The franchise has found some momentum in the final phase of the competition with three victories on the bounce. Captain Shadab Khan will be hoping that the side can extend their winning ways in this fixture.

On the other hand, Peshawar Zalmi will have to win this game at all costs to secure their playoff berth in PSL. 2017 PSL Champions cannot afford a bad result against Islamabad United. Head Coach Darren Sammy will be hopeful that the players can raise their game with bat and ball for this crucial fixture.

The team management could make one change to their final XI as pacer Muhammad Musa could come in place of either Mohammad Wasim Jr. or Ali Khan.

In the batting department, the onus will be on the likes of Colin Munro, Iftikhar Ahmed, and Asif Ali to do the bulk of the scoring. In the previous encounter, Colin Munro put in another match-winning performance and finished 88 not out off 56 balls. He was well supported by Iftikhar Ahmed, who notched up his first fifty of PSL this season.

With Munro and Iftikhar Ahmed put on a match-winning partnership of 150 runs for Islamabad United, the likes of Asif Ali, Shadab Khan, and Hussain Talat did not get to bat against Karachi Kings.

In the bowling department, the onus will be on the likes of Akif Javed, Hasan Ali and Shadab Khan to make crucial breakthroughs in this fixture.

Pacer Hasan Ali once again bowled well and claimed 1 for 31 in his four overs. Besides Hasan, Akif, Wasim Jr., and Ali Khan claimed one wicket apiece.

After being comfortably brushed aside by Multan Sultans in the previous game, Peshawar Zalmi are likely to make a few changes in the playing XI. Fidel Edwards could replace Fabian Allen for this crucial game.

The management will be disappointed with the team’s below-par performance, especially in the match against Multan Sultans, where despite winning the toss and electing to bat first, the side could only post 166 runs in their allotted 20 overs.

In the batting department, the team will be relying on the likes of wicket-keeper Kamran Akmal, Haider Ali, David Miller, Shoaib Malik, and Sherfane Rutherford to deliver the bulk of the runs.

In the bowling department, the onus will be on the pace trio of Wahab Riaz, Fidel Edwards, and Mohammad Irfan to produce time breakthroughs in this contest.

The wicket prepared for the game at Sheikh Zayed Cricket Stadium in Abu Dhabi is going to be another high-scoring game. The bowlers will need to use their variations to get breakthroughs on such a placid wicket. The weather forecast for Sunday’s game is going to be clear skies during the evening.

Given their head-to-head record in the Pakistan Super League, it has been quite competitive so far between the two most successful teams in the competition- Islamabad United and Peshawar Zalmi.

Opener Colin Munro showed excellent form for Islamabad United in the game played against Karachi Kings. The opener has been the go-to man for Islamabad in this UAE leg of PSL and has effectively managed to fill the void left by Alex Hales. The team management will be hoping that Munro can continue his merry ways with the bat in this contest.

Based on current form, Islamabad United will fancy their chances of beating Peshawar Zalmi in this contest. There is no doubt that Islamabad United have a stronger bowling attack in comparison to Peshawar Zalmi, who depend heavily on the new-ball pair of Wahab Riaz and Mohammad Irfan to create breakthroughs.

Given their inconsistency with bat and ball, Peshawar Zalmi will have to deliver a flawless performance to upstage Islamabad United in this game.