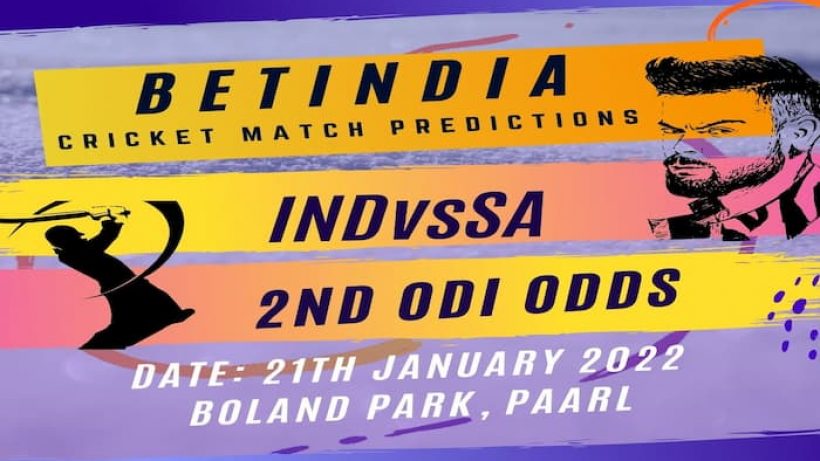 The long-awaited ODI format of the India tour of South Africa has begun and it has taken some surprises already. South Africa has impressed everyone with its changes in strategy. Temba Buvama and Rassie Van Der Dussen played brilliant innings and supported the African team very well.

The ODI turned out to be a thrilling one and the fans are excited to see what is going to happen in the 2nd ODI. The INDvsSA 2nd ODI is scheduled to happen on Jan 21st, 2022 in Boland Park, Paarl. It is going to start at 2.00 pm IST.

Do the Dafabet login here

Do Dafabet log in immediately to get more updates on the match, the bookie has published amazing odds on its site about the IndvsSa 2nd ODI match. Do visit the site and have a look before you bet on it.

The 1st ODI did not turn out to be in favour of the Indian team, fans in India definitely got disappointed with the performance of the team. South Africa seems to be on the flow of the winning streak since the test matches and is looking like it is not going to back down any soon. 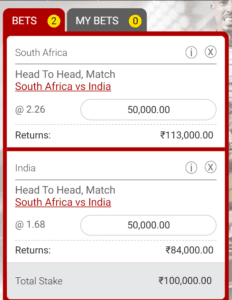 South Africa won the toss and elected to bat first, in the total of 50 overs they have scored a huge total of 296 runs with only a loss of 4 wickets. The batsmen were on a roll and they were unstoppable. Especially Rassie van der Dussen was the highest scorer in the whole match with 129 runs in just 96 balls.

Temba Buvama also added a big score to the total with his 110 runs. These two batsmen carried the whole innings on their shoulders and gave team India a pretty huge score to chase.

In team India's innings, the scores of Virat Kohli and Shardul Thakur were the main reason for a good chase, they scored 51 runs and 50 runs respectively and lifted the total score. Shikar Dhawan tried his best to score high but he scored 79 runs and left to Pavillion soon. KL Rahul, the skipper was not impressive enough on the day of the match.

Rishabh Pant and Jasprit Bumrah also were not in the form to give s good run in the ODI. looks like India is accepting that it is going to lose the series anyway and neglect to perform. They need to change the game in the upcoming IndvsSa 2nd ODI.

Dafabet is one of the best betting sites in India as it is a secured, safe, and most reliable source for the Indian bettors, it accepts all the payment methods we commonly use in India.

Download the Dafabet app immediately and start the pre-game betting, the bookie has given great predictions, and also the app is very easy and simple to use and it is user-friendly.

Claim the Dafabet sports welcome bonus, all the new customers can claim the bonus offer and they can use the bonus amount on the bets. The offer is the best given by any sportsbook in the industry.

India: India is constantly disappointing the fans with its poor performance. The team has failed to chase the score, even though there were wickets to spare, the team ran out of overs in the 1st ODI and fans are expecting a comeback in the IndvsSA 2nd ODI.

Team India has also failed in the defending side, they were not able to cause a big loss to the African team, the players scored huge as they found India's bowling very easy. Jasprit Bumrah took 2 wickets and Ravichandran Ashwin took only 1 wicket in the whole innings. The bowling economy was also not that great and it is the reason why the African team scored hugely.

Indian team is seen to be taking the series very lightly and the series is almost on the verge of slipping into the host's hands, India must take a few critical measures and do some quality control in IndvsSa 2nd ODI or it is inevitable that India loses.

South Africa: South Africa is seen performing great recently, From scoring big runs to not letting India score equally, they have chalked out the strategy well and executed it perfectly. South Africa is on a winning streak and the best players to watch batting in the IndvsSa 2nd ODI are Janneman Malan and Rassie, also fans have expectations de cock as well,

South Africa is not having any flaws that it is going to lose, they are taking quite a good advantage of the cons in the Indian team and getting the results out.

Africa if performed in the same way, it is sure that the team will win the IndvsSa 2nd ODI, and also they have high chances to win the complete tour cup in 2022.