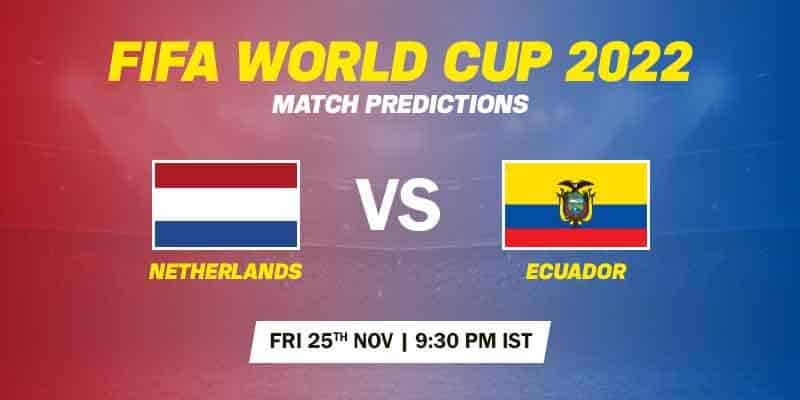 Louis van Gaal’s Netherlands face-off with Ecuador on Friday in Group A encounter at the Khalifa International Stadium. The Dutch squad has recently experienced upheaval and is returning back to the biggest stage after missing the 2018 FIFA World Cup in Russia. The Oranje is not counted as favourite for the title but if you closely look at the squad – the balance is impeccable and the experience of Louis van Gaal can help them pull off a few surprises.

However, winning against Ecuador is not a guarantee. Ecuador have a squad full of quality and they are defensively pretty solid and won't be easy to break. La Tri will enter the encounter eager to annoy their opponents after six straight clean sheets.

Louis van Gaal's men were frustrated throughout the match by Senegal only to score a couple of goals late in the match. A quality that has perhaps been lacking in recent years is that Van Gaal has brought a team to the competition that is very muscular and well-organized. van Gaal won't tinker much and will be looking to way the same team that defeated Senegal on Monday.

Ecuador are coming into the match with a dominating performance against Qatar thanks to their star striker Enner Valencia. Valencia scored a brace to help Ecuador defeat Qatar and will definitely be a starter against Oranje as well. With the victory over Qatar, Ecuador made World Cup history by becoming the first side to defeat the host nation in the tournament's first game in its 92-year existence.

This match is going to be one hell of an encounter as both teams love to attack. At the same time, both teams are defensively strong and are physical in their approach. On paper at least, this is supposed to be an easy game for the Dutch but players surely cannot take anything for granted as Ecuador are more than capable of causing an upset.

You can find the latest odds for Netherlands vs Ecuador after a quick registration with Betway. The Netherlands are surely favourite in this so one should look to put their money on them.

Place your bets on Betway