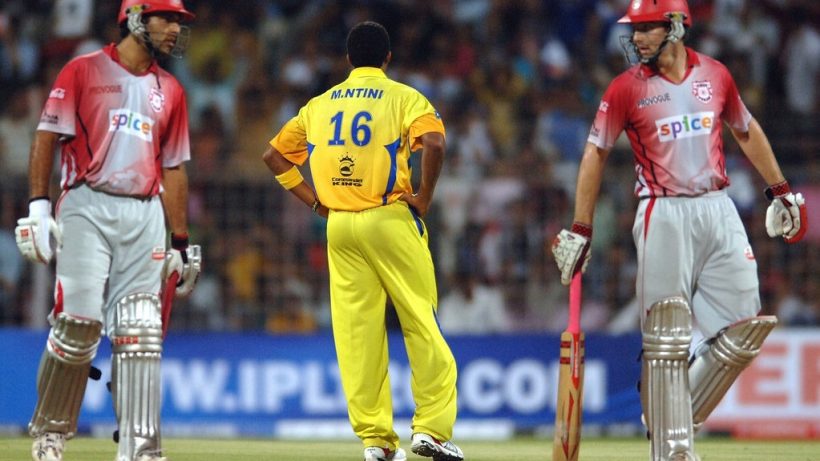 Delhi Capitals will be desperate to make a strong comeback when they face Punjab Kings in the 11th game of the 2021 Indian Premier League at Wankhede Stadium in Mumbai on Sunday.

In their previous game, Delhi Capitals suffered a three-wicket defeat against Rajasthan Royals. The team management will be hoping that the bowlers can make improvements and put in a better performance in the later stages of the innings.

With this result, Delhi Capitals are currently lying at fourth position in the league table.

On the other hand, Punjab Kings will be looking to maintain their standards with bat and ball. Bowling seems to be a worry for Punjab as they will need to get their combinations to keep their winning intact in the next couple of matches.

England pacer Chris Jordan could replace Riley Meredith in the playing XI for this fixture. The team management will assess the pitch conditions and then select their playing XI against Delhi Capitals.

In the batting department, the side will be relying on the opening pair of Lokesh Rahul and Mayank Agarwal to get them off to a brisk start in the Powerplay overs.

In the previous game, Lokesh Rahul was the standout player with the bat and smashed a belligerent 91 runs to help Punjab Kings post a competitive score on the board.

Besides Rahul, Chris Gayle, Deepak Hooda, and Nicholas Pooran will be given the task to pile on the runs in the middle overs of the innings.

Deepak Hooda certainly showed his destructive abilities with the bat against Rajasthan Royals. He smashed a scintillating 64 runs off 28 balls. The 25-year old will be looking to continue his excellent form in this clash.

In the bowling department, the side will be relying on the likes of Mohammad Shami, Jhye Richardson, and Arshdeep Singh to make early inroads with the new ball.

In the previous game, pacer Mohammad Shami put in an excellent performance on a flat wicket and claimed 2 for 33 in his four overs. The rest of the bowling attack conceded a lot of runs and will need to come with better plans for this game.

For Delhi Capitals, the match against Punjab Kings is an opportunity to get back to winning ways. The side suffered their first loss of the season against Rajasthan Royals.

In the batting department, the focus will be on the likes of Shikhar Dhawan, Rishabh Pant, and Prithvi Shaw to deliver the bulk of the runs.

The openers will need to stay at the crease and get the side off to a decent start. In the previous game, the top-order perished for low scores against Rajasthan Royals.

The big positive from the previous game was Captain Rishabh Pant finding form with the bat. Left-hander smashed a crucial half-century with the help of nine boundaries.

The lower-order consisting of Lalit Yadav, Tom Curran, and Chris Woakes put in crucial scores to help Delhi post a modest total on the board.

The inclusion of Kagiso Rabada was a big positive for the team in the match against Rajasthan as bowled well and finished with figures of 2 for 30 in his four overs.

The new-ball pair of Avesh Khan and Chris Woakes once again put in an excellent performance and claimed five wickets between them.

The wicket prepared for the game at M.A Chidambaram Stadium in Chennai will witness another high-scoring game. The bowlers will need to come with different variations to get breakthroughs on this surface. The weather forecast for Sunday’s game is going to be clear skies with a gentle breeze.

Given their head-to-head record in the Indian Premier League, Punjab Kings have registered 15 victories, while Delhi Capitals have come out on top on 11 occasions.

Since April 2018, Kings XI Punjab have won four matches out of six played against Delhi Capitals.

Lokesh Rahul showed excellent form for Punjab Kings in the game played against Rajasthan Royals. The opener has been the go-to man for Punjab in the batting department for the past couple of years. The team management will be hoping that Rahul can continue his rich vein of form in this fixture.

Based on current form, Delhi Capitals will fancy their chances of beating Punjab Kings in this contest. There is no doubt that Delhi Capitals have a stronger bowling attack in comparison to Punjab Kings, who rely heavily on Mohammad Shami to create breakthroughs.

Given that bowling has been their weakness, Punjab Kings will need to put in an improved bowling performance to upstage Delhi Capitals in this game.