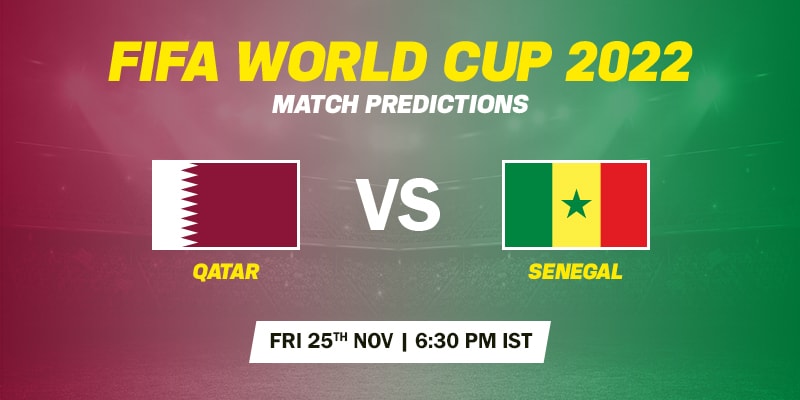 On Friday at Al Thumama Stadium, Senegal and the host nation of Qatar will play their second match of the ongoing FIFA World Cup 2022. Prior to this match, both nations were undefeated in friendlies, but both have lost their opening encounters.

Qatar were all over the place in their first match against Ecuador and hardly had any glimpse in front of the goal. The defence was completely outplayed and their midfield failed to create much for their attackers.

On the other hand, Senegal were looking solid at the back against the Netherlands in their first encounter only to give away late goals and go down 2-0.

Everyone had great hopes for Qatar going into this event because they had just won the Asian championship and had been steadily improving over the previous few years. However, the first game was a total failure. As a result, thy were comprehensively beaten by confident Ecuador, Qatar will be particularly determined to win this second game, which will determine whether they advance further in the tournament.

With a penalty shootout victory over Guinea, the Lions of Teranga qualified for the African Nations League. Their early defeat will make it much harder for them to compete in this group and advance forward. So surely this is a must-win encounter for them. Senegal need the three points here or it will be game over for them in this FIFA World Cup 2022.

The Senegal team looked toothless without Bayern Munich's Sadio Mane up front in their first match. In their opening game, they outshot the Netherlands 15-10, but only four of those shots were on goal, giving them an xG of 0.8. With only five shots, zero of which were on target, and an xG of 0.32 versus Ecuador in their debut game, Qatar performed even worse.

For most of the match, Senegal was resolute defensively in their 2-0 defeat to the Netherlands. Qatar had just two attempts in the first 45 minutes against Ecuador, while Senegal restricted the Netherlands to just five shots in the first half. Keeping this in mind Senegal have everything in them to get all three points.

You can find the latest odds for Qatar vs Senegal after a quick registration with Betway. This will be the first ever meeting between these two sides and we are going for a narrow 1-0 win for Senegal.

Play and Win on Betway