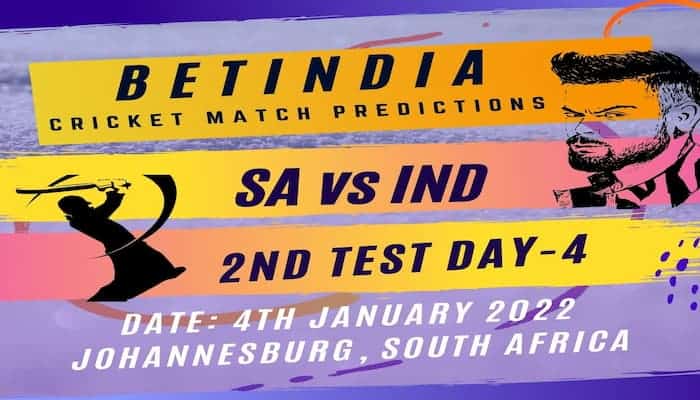 The SAvsIND day 4 test match is going to be held in the same Johannesburg on 6th January 2022. All the fans are eager to witness the showdown.

Day 3 of the 2nd test match between South Africa and India is not any less than a roller coaster ride for the fans. Both the teams are playing neck to neck for winning the series.

Though South Africa was lacking a little behind at the beginning, right now by the end of day 3, both the teams have proved that they will not back down even a little bit any further.

Do Dafabet mobile login immediately to get the live updates of this match on your mobile wherever you are. Also, get information about the great odds of SAvsIND day 4 to bet on.

On day 3 of the SAvsIND test series, India has continued its 2nd innings of batting. With already at the loss of 2 wickets of KL Rahul and Mayank Agarwal, the Indian team is on a bit lower side to give some tough competition to the Host team.

India has scored a total of 266 runs in 60.1 overs by the end of all the wickets. The middle-order batsmen have clearly shown that they can also hit some biggies in the crucial time when the team needs them.

Ajinkya Rahane has scored the highest of all at 58 runs, Chateshwar Pujara at 53 runs, Hanuma Vihari at 40 runs, and still not out by the end of the game.

Shardul Thakur and Ashwin also contributed well to the team due to which India was finally able to cross the mark of 200 at least.

Download the Dafabet sports app and start the pregame betting via the application. It is user-friendly and very easy to use. The sportsbook is the best cricket betting apps available in the market, it offers the best offers and bonuses to its customers. 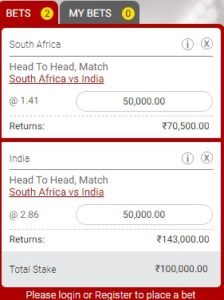 India – India, after a few ups and downs in its 2nd innings, has managed to set a score of 266 for 10. Giving the Africans a target of 267 for their 2nd innings.

At the Daybreak India must be thinking we have given a small score for South Africa, Definitely yes!. Now the bowling side of India's team should pull up their socks hard and deliver some amazing balls to reduce the chances of India losing.

However looking at the developments of South Africa and their new strategies, if played well also India will only win by a slender margin.

So team India, it's time to show what you have got in you.

South Africa – South Africa has started its 2nd innings on Day 3 itself and what one should say is after giving some hard time to India scoring between wickets, they are still on a high and have scored a total of 118 runs in just 40 overs with a loss of 2 wickets.

On SAvsIND day 4, South Africa will resume its innings and it further needs 122 runs only with 8 wickets in hand going into the fourth day of the Johannesburg Test. they seem to have an upper hand currently, but wickets can fall at any time on the bowler-friendly pitch.

Our Verdict – India might win with a slender margin

Team India still has the chance to win over South Africa, but it will definitely be a marginal win as the South Africans are not in the mood to give up either. This SAvsIND day 4 match is definitely going to be an edge-of-seat experience.