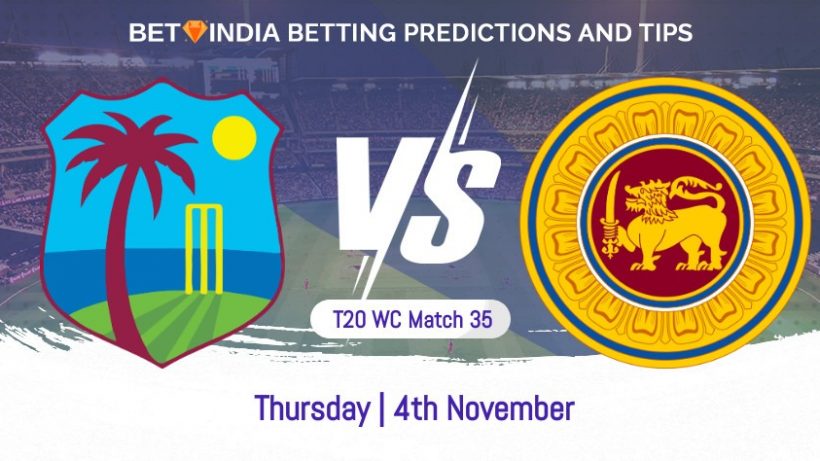 West Indies vs Sri Lanka sees two sides who have struggled in this year's World Cup meet. Sri Lanka have already been eliminated, and a defeat for the West Indies here will see them officially eliminated from qualification contention.

Both sides have played well in patches this tournament but have just emerged on the wrong side of the result. Sri Lanka, in particular, will take a lot of heart from the way they battled against tournament favourites England, giving the English side their most challenging contest of the World Cup so far.

After defeats to both England and South Africa, the West Indies secured a nervy victory against Bangladesh to keep them in with an outside squeak of qualifying for the semi-finals. In order to reach the last four, West Indies will need to win their remaining two fixtures and hope that some of the sides above them lose some of their remaining games.

In their crucial win against Bangladesh, the key performer was wicket-keeper batsman Nicolas Pooran who scored a quick-fire 40 off just 22 balls, which included four 6s. Pooran was ably supported by International T20 debutant Roston Chase, who scored a steady 39. Pooran showed what explosiveness he has, and he is priced at 8.00 to be his team's top scorer once again.

After coming through the initial group phase unscathed and then beating Bangladesh in their opening Super 12 game, three subsequent defeats have followed against South Africa, Australia, and England. Still, they gave England a real test last time out.

As he has been all tournament, Wanindu Hasaranaga has been one of the stand out performers, and he continued his good form against England, taking three wickets and top-scoring with 34 runs. Hasaranga has already left his mark on the tournament and will want to finish with a flourish here. He is priced at 9.00 to be his team's top scorer and 3.00 to be his team's top bowler.

Let's take a look at a few important betting predictions for West Indies vs Sri Lanka:

On paper, this looks as competitive as the betting would indicate between two evenly matched sides.

Sri Lanka could be dangerous opponents here as they have nothing to play for, whereas the West Indies still harbour ambitions to qualify for the semi-finals.

Sri Lanka have already proved that they can be susceptible against teams with hitters up and down the batting lineup. The West Indies have players that can score throughout their eleven, and if some of their players can start firing, they could post a competitive total.

Spin will be key, and if the West Indies struggle to handle the spin from the Sri Lankans, they could be in for a long day.

Either team to win the toss can be backed at 1.91. On a pitch that could be hard to bat on, the side that wins the toss will want to put their opposition in to bat first, as the team that bats second does have a slight statistical advantage. Any score over 150 could be very hard to chase.

The West Indian batsman have looked all at sea during this World Cup, but Evin Lewis has shown real glimpses of what he can do.

He was unlucky against Bangladesh in their last game but looked in good touch. He was the top scorer against South Africa. Lewis is needed to set the tone of the innings, and he can get the West Indies away and off to a flying start. He is destructive but controlled, and in a match his side has to win, he has all of the ingredients needed to succeed.

Place a bet on 1xbet by registering with the code 1BETINDIA1 and get a 130% bonus of up to Rs. 13,000 if you bet on Evin Lewis to be West Indies' top batsman in West Indies vs Sri Lanka T20 World Cup.