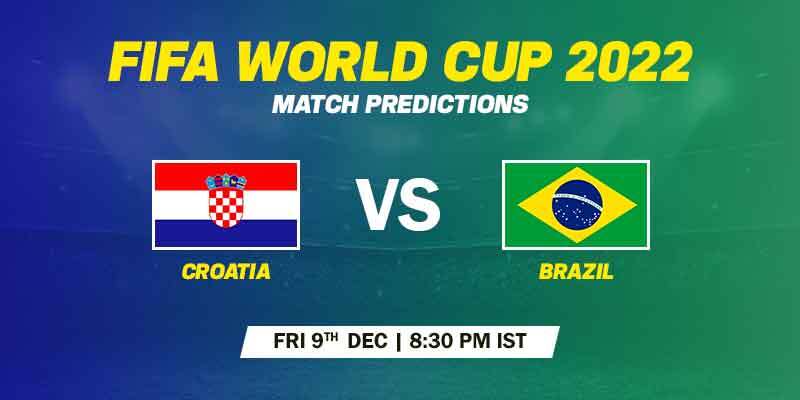 FIFA World Cup 2022 has reached its business end and the final eight will clash to qualify for the semi-finals of the tournament with Croatia vs Brazil scheduled to take place on 9th December.

Brazil dominated their round of 16 fixture against South Korea and defeated them by 4-1. Croatia witnessed a difficult opposition in their round of 16 games as Japan gave them a tough time during the game. The game went to the penalty shootouts and Croatia had much better luck than Japan as they won the game with a penalty score of 1-3.

Brazil had no difficulty playing against South Korea as they scored four goals comfortably. Neymar’s comeback after an injury has given a huge push to the team and its offence.

Since the beginning of the match, Brazil was at the top of their game and started scoring from the 7th minute of the match. According to stats, Brazil might not find any major complications during their game against Croatia.

The runner-ups of the 2018 tournament have found themselves in a difficult situation in the ongoing tournament. Their attack has turned out to be a weaker section and the Vatreni are unable to score goals.

However, their defence has come out as their primary strength. The opposition that has played against Croatia, is finding it difficult to score goals. To win against Brazil, Croatia will have to be more aggressive while maintaining the same quality of defence.

Neymar Jr. announced his comeback in style and helped the team to score 4 goals against South Korea. One of the positive aspects of Brazil this year is that they are not dependent on a single player to score goals.

However, Neymar’s presence provides an extra push to the whole team. Brazil’s attack is strong with Silva and Marquinhos doing a great job in the defence. While coming to play against Croatia, Brazil will have to strategise on scoring goals as the opposition has a strong defence.

Brazil will find it difficult to break the defence of Croatia but considering their offensive approach, we predict Brazil will win by 2-0 and proceed o the semi-final round.

Our expert analysis says that Brazil vs Croatia will be a thrilling fixture and Brazil will win the game by a 2-0 scoreline. For some great odds create an account at 1XBET.