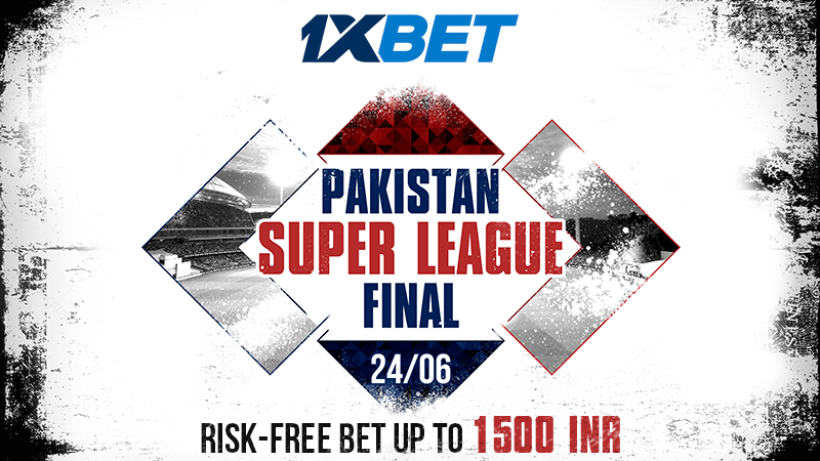 Multan Sultans and Peshawar Zalmi will fight it out for the coveted trophy in the finals of Pakistan Super League 2021 at Sheikh Zayed Stadium in Abu Dhabi.

This is the first time that Multan Sultans have qualified for the PSL final. Captain Mohammad Rizwan will be pleased with his side’s clinical performance in the Qualifier game played against Islamabad United. The franchise will be hoping that the side can deliver another flawless performance in this fixture.

On the other hand, Peshawar Zalmi is coming off an emphatic win over Islamabad United. With scintillating performances from Peshawar Zalmi in the playoff stages, the franchise will be looking to deliver their best cricket in this grand finale.

In the batting department, the onus will be on the likes of in-form aggressive opener Hazratullah Zazai, the middle-order duo of Shoaib Malik and Sherfane Rutherford, experienced wicket-keeper Kamran Akmal to deliver the bulk of the runs.

Veteran wicket-keeper Kamran Akmal hasn’t been in the best form with the bat for Peshawar Zalmi. In 11 matches played, Kamran Akmal has scored 247 runs at an average of 20.58 with two half-centuries to his name.

In the bowling department, experienced pacers Wahab Riaz and Mohammad Irfan have shown decent form with the bat in this year’s competition. Left-arm quick, Wahab Riaz, has claimed 18 wickets so far this season and would be looking to deliver another splendid bowling performance in this final.

After a poor start to the first half of the competition played in Karachi, Multan Sultans made a fantastic comeback in the UAE leg of the PSL. The franchise has registered five wins out of their six matches played including their heroic win over Islamabad United.

In the batting department, the side will be relying on the opening pair of Shan Masood and Mohammad Rizwan to get the side off to a flying start. In the previous game, Mohammad Rizwan perished for a duck, while Masood chipped in with crucial runs against Islamabad United.

The middle-order trio of Rilee Rossouw, Khushdil Shah, and Johnson Charles has delivered match-winning performances for Sultans this season.

Sohaib Maqsood, Johnson Charles, Khushdil Shah, and Sohail Tanvir were the stars for Multan Sultans in their 49-run victory over Islamabad United in Qualifier game played at Abu Dhabi.

In the bowling department, the side will be relying on the pace quartet of Blessing Muzarabani, Sohail Tanvir, Imran Khan, and Shahnawaz Dhani to provide timely breakthroughs. Leg-spinner Imran Tahir has done a splendid job for Multan Sultans in the middle-overs of the innings.

Pacer Sohail Tanvir and Blessing Muzarabani then picked up three wickets each to take Multan Sultans to their maiden final.

The wickets prepared have been full of runs for the batting units. The bowlers have also got rewards after putting the ball in the right areas on this pitch. The weather forecast for Thursday is expected to see perfect weather with no sign of rain.

Given their head-to-head record in Pakistan Super League, Multan Sultans have dominated the proceedings with five victories. On the other hand, Peshawar Zalmi have managed to come out on top on three occasions.

2017 PSL Champions, Peshawar Zalmi will start as favorites to win their game against Multan Sultans. Wahab Riaz-led unit have suffered from inconsistency in the preliminary stages but have raised their overall in the playoffs with comprehensive victories over Karachi Kings and Islamabad United.

With the likes of Sohaib Maqsood, Mohammad Rizwan and Shahnawaz Dhani put in excellent performances for Multan Sultans this season, the franchise will be looking to put in clinical performance and clinch their maiden PSL trophy.

Place Bets with Zero Risk on the PSL Final at 1xBet

Ever wished to place a bet knowing that you won’t lose? Most will say this is impossible, however, 1xBet makes it happen for the 2021 Pakistan Super League. With the up to 1500 INR risk-free bet on the final game between Peshawar Zalmi and Multan Sultans taking place on June 24, you will be able to support your favorite team knowing that no matter what happens on the pitch, you just can’t lose. How is this possible, you ask? Keep reading and you’ll find out all the details to enjoy top-quality cricket at great odds.

How Can I Claim the Risk-Free Bet?

To be able to enjoy 1xBet’s risk-free bet promotion you’ll first of all need to become a member. If you don’t already have an account, getting one will only take a couple of seconds and comes with an amazing welcome bonus as well. Don’t forget to tick the “Take part in promotions” box during registration or later from “My Account”.

All that’s left after becoming a member is to analyze the detailed statistics provided by 1xBet and place a 1X2 bet. This will automatically sign you up for the up to 1500 INR risk-free bet that will return your stake in case your wager doesn’t win. It doesn’t matter what team you support or you think the game will end in a tie. As long as you place the 1X2 bet you can be sure your stake will be returned up to 1500 INR if the prediction is incorrect.

So, enjoy the top-level PSL Final game between Peshawar Zalmi and Multan Sultans and use 1xBet’s awesome odds to bet without losing. In case you don’t get it right the first time around, you have a second chance with the up to 1500 INR that is returned to you.