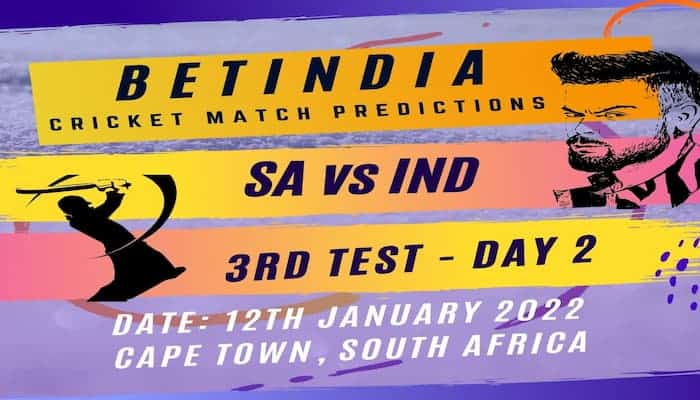 The SAvsIND 3rd test has begun with a beautiful day in Cape Town, with a scoreboard of 1-1, both the teams are in an equal position now. Virat being the captain again for this match we all expect some miracles to happen.

India won the toss and elected to bat first. Day 2 of this SAvsIND 3rd test is also going to be in Cape Town on 12th Jan from 2.00 pm IST.

Do the 1xbet login here

Do 1xbet login immediately to get more information and updates about this upcoming match, you can also find match predictions, odds, and much more on the bookie’s site.

At the stumps of day 1 at Cape Town, South Africa is trail by 206 runs. Yes, South Africa took down all the wickets on day 1 itself and has started its first innings as well. We witnessed a much confident and aggressive side of South Africa today.

India elected to bat first and KL Rahul and Mayank Agarwal opened the score, at the end of the innings, India’s total score was 223 in 77 overs with the loss of all the wickets. Expectations on KL Rahul were too high and so the fans were left with disappointment for only 12 from him.

The skipper played well today with 79 runs in 201 balls, we have got the luck to witness 13 beautiful boundaries in which 12 were 4s and 1 was a 6.

Pujara also played well and scored 43 runs in 77 balls. Rishabh pant scored 27 runs which was an add-on for the total team’s score. 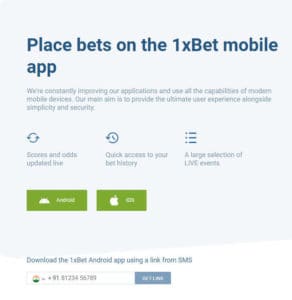 Install the 1xbet apk app on your mobile phone, the app is available on both iOS and Android devices. It is user-friendly and very simple to use. Enter the 1xbet bonus code while depositing for the first time to be eligible for this amazing offer.

The bookie is one of the best sports betting sites that offers great bonus offers to its punters of 100% up to INR 10,000. It offers round the clock service through live chat and email. You can also contact the customer service through WhatsApp. The relentless service makes it most reliable app.

South Africa: Team South Africa definitely improved a lot in terms of fielding and bowling as it has managed to take down all the wickets of India on day 1 itself. We got to witness some amazing deliveries and catch-outs in the total 1st innings.

Kagiso Rabada and Marco Jansen were the highest wicket-takers today with 4 and 3 wickets respectively. Olivier, Ngidi, and Maharaj took a wicket each which rounds up to all wickets down by the end of the innings.

South Africa started its 1st innings as well today, Dean Elgar and Aiden Markram opened the score. They have scored a total of 17 runs in 8 overs by the end of the day with the loss of the skipper’s wicket.

India: The test doesn’t feel like a test at all when we look at the speed of the wickets falling down. But India should pad up better to score high in further matches. As of now, India should focus on fielding strategies to stop Africa from scoring higher.

Indian fans are having huge expectations of Ravichandran Ashwin, Jasprit Bumrah, and Mohammed Shami to deliver some best throws. However, fielding strategies must be rethought by the skipper so that they can dominate well.

Our Word – India withstands the pressure in SAvsIND 3rd test

India had been performing amazingly in since the commencement of their tour. With individual contribution and standing their ground the team definitely can win the test series which boosts them for better performance in ODI. Good luck India for SAvsIND 3rd test Day 2.