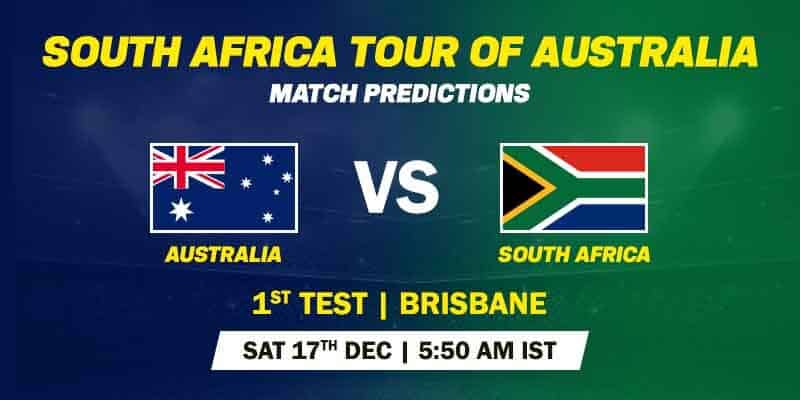 Australia vs South Africa: After four years of break, South Africa will be touring Australia for a three-match Test series. The last time the Proteas travelled to Australia was in 2018 and scored a win in the limited-over series.

Just to refresh your memory when these two teams met last time in Australia, a major ball tampering scandal happened which stunned everyone across the globe. The Australian squad still has its after-effects and some of the talented players have lost big opportunities because of the same reason.

After a disappointing end to their T20 World Cup campaign, the Australian squad has revived their game by scoring a dominating series win in the ODI format against England and in the red-ball format against the West Indies.

The Aussies are known to overpower the visitors no matter which team they are up against. Their ferocious win against West Indies will be a huge confidence boost to play against the table toppers, South Africa.

South Africa will be playing an international fixture directly after witnessing an unprecedented end to their T20 World Cup campaign. It's been more than a month since they have not played any international game but the Proteas will be confident enough considering their last results in Australia.

Australia is currently leading the World Test Championship table with 8 wins and one loss. Their focus is now the ODI cricket and the Test format. The best example of the same was their dominating series win against England and West Indies after the T20 World Cup.

Pat Cummins will be the leading man in the Test series and the first test marks his comeback after missing out on the second test against West Indies. Josh Hazlewood will be missing the first test because of an injury.

South Africa is currently at the second spot in the World Test Championship table with 6 wins and 4 losses. They started their year with a series win against team India and overall South African cricket has seen some good days after a long time.

The whole squad is coming to the field after more than a month and hence they don’t have injuries and all of their star players are available to start the game and make an impact.

It is always good to see a clash between the top two teams in the World Test Championship. The first Test will be a thriller to watch but considering the recent performances of Australia, we predict Australia’s win in the first Test.

The Australian team has a winning momentum going on. South Africa is in a good form when it comes to the red ball format but Australia will have no problems overpowering the visitors. For some great odds create an account at 1XBET.